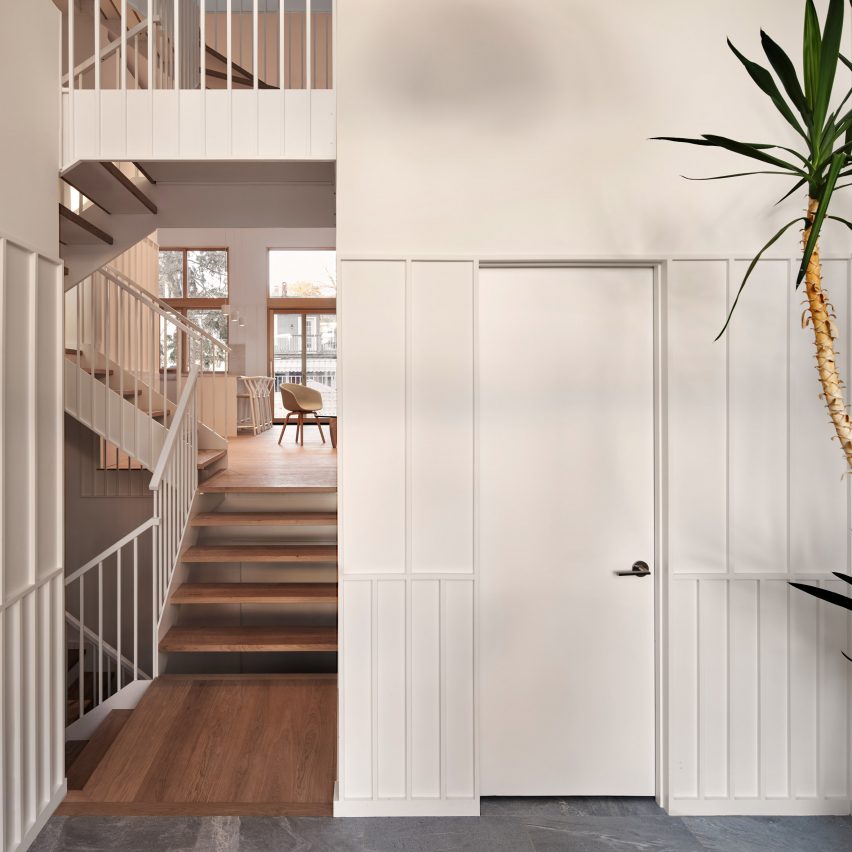 Canadian studio Odami has completed the interiors of a split-level home in Toronto, using light tones that nod to the nearby beaches of Lake Ontario.

The Beaches House was completed for a client living near the city’s waterfront, which is lined with long stretches of sandy beaches.

“To experience the area is to seamlessly transition between a natural and calm landscape, and an urban and lively atmosphere,” they added.

“Responsible for the interior design, our goal was to create a home which would reflect this contradictory context: a house which would belong as much to the city as it would to a beach far removed from it,” Odami explained.

At the centre of the house, a skylight illuminates the steel-and-wood staircase, helping to brighten the interiors and draw visitors upstairs as they move through the home. 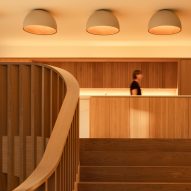 “The central staircase, which winds its way up through the split levels of the house, was detailed with thin steel pickets and floating treads, continuing the rhythmic language of the paneling,” said the designers.

This calmer palette contrasts some darker materials that were used in circulation spaces, such as a grey stone in the entrance hallway, and a bathroom where the walls and floors are lined with a dark terrazzo.

“In the bedrooms and bathrooms of the last floor, the sequence comes to rest, as light, repetitive elements give way to moments of stillness, calm, and dense materiality,” the studio explained.

Odami was founded in 2017 in Toronto. Other projects from the Canadian studio include a collection of wooden furniture that was crafted from the same dying tree, and a restaurant where the walls are lined with roughly troweled plaster.

Also in Toronto, the Winter Stations design competition recently unveiled the pavilions for its 2022 edition.

The photography is by Doublespace Photography.