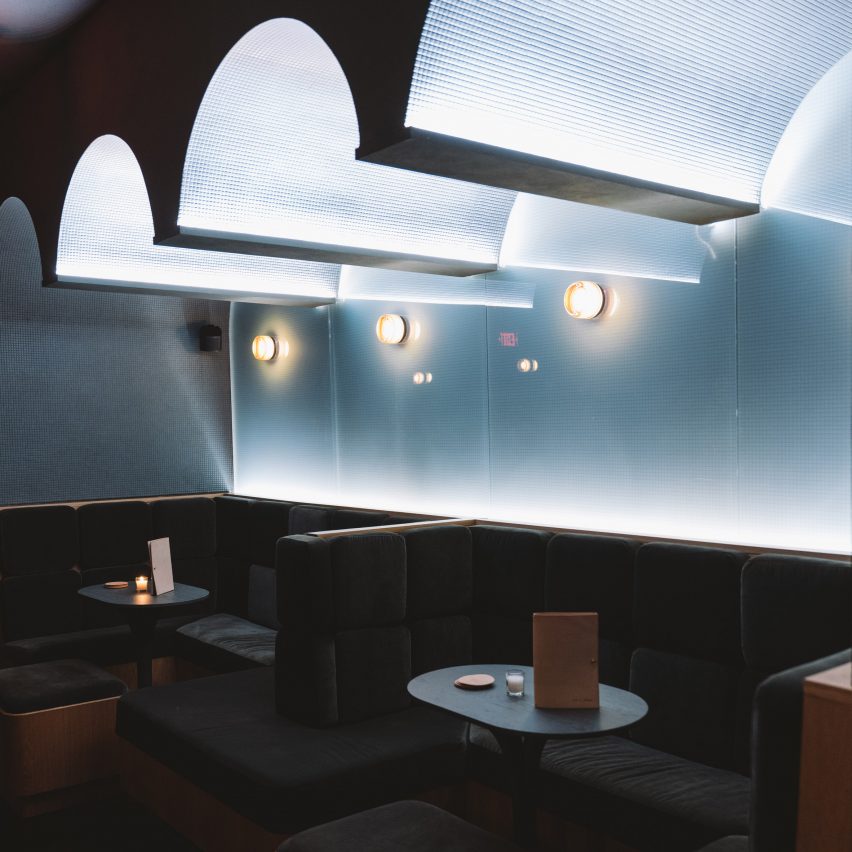 Design studio Snarkitecture incorporated tiled walls and arches into a club in the US capital that offers a barbershop, a coffee bar, a boutique and a speakeasy.

Meant to put “a sophisticated spin on self-care”, the club was conceived by the entrepreneur KJ Hughes, along with his partners Brian Merritt and Susan Morgan.

The aim was to create a distinctive location where people could get a haircut or beard trim, grab an espresso, buy upscale streetwear and enjoy a cocktail.

The owners turned to New York’s Snarkitecture to design the project.

“When we set out to design Manifest, it needed to be a new kind of barbershop, inviting to all people,” said Alex Mustonen, a firm partner.

“Simultaneously, we wanted to create a sanctuary, a community space, an institution, a one-of-a-kind experience that still feels like home,” he said.

Set back from the street, the Manifest building is entered through a courtyard lined with wooden walls.

The outdoor space is adorned with pockets of greenery and curved concrete benches. At the base of the benches are illuminated reveals made of LED strips with an acrylic diffuser.

Inside, walls are clad in white tiles, and the floor is covered in large-format cement squares. For the millwork, the team used white oak with a natural finish.

The barbershop – which encompasses four stations and an area for washing hair – is fitted with chairs wrapped in buttery leather. The coffee bar features a counter with a fluted wooden base and a terrazzo top.

In the retail zone, clothing by brands such as Engineered Garments and Homme Pliseé is displayed within arched, wooden niches. The store also sells apparel from Manifest’s own line, Of US.

Stretching across the ceiling are wooden beams with embedded LED strips – a design element that contributes to the interplay of straight and curved lines in the space.

“Unifying details throughout the space include archways – which are meant to represent the sloughing off of the old and moving into a new phase of life – while linear elements symbolise a sense of community and connection,” the designers said. 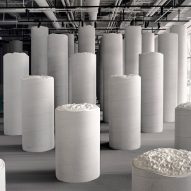 A “secret staircase” leads up to the speakeasy, which seats up to 30 guests. In contrast with the lower-level space, the bar has a moody atmosphere.

Walls are sheathed in a custom green plaster, and floors are finished with dark-stained oak. Seating areas are adorned with green velvet banquettes and leather chairs from Nikari.

Overhead are arched forms that help create a sense of intimacy while also drawing a visual connection to the arches in the lower level. The arches are finished with mosaic green tile and safety glass with wire mesh.

Throughout the club, Snarkitecture aspired to create an environment that was both comfortable and stimulating.

“Every single element was designed to create a welcoming, intimate atmosphere that will invoke conversation and appeal to all the senses,” the team said.

Later this spring, Manifest will expand to include a rentable apartment with a retractable glass roof and a terrace.

This is not the first project in Washington DC by Snarkitecture. In 2018, the firm created a Fun House installation in the National Building Museum’s great hall that featured a white gabled house and a kidney-shaped ball pit.

Other projects by the studio include a shop for streetwear brand Kith within a Parisian mansion, and an installation in a Manhattan gallery that consisted of 168 white spherical orbs that changed colours when touched.

The photography is by Michael Grant.