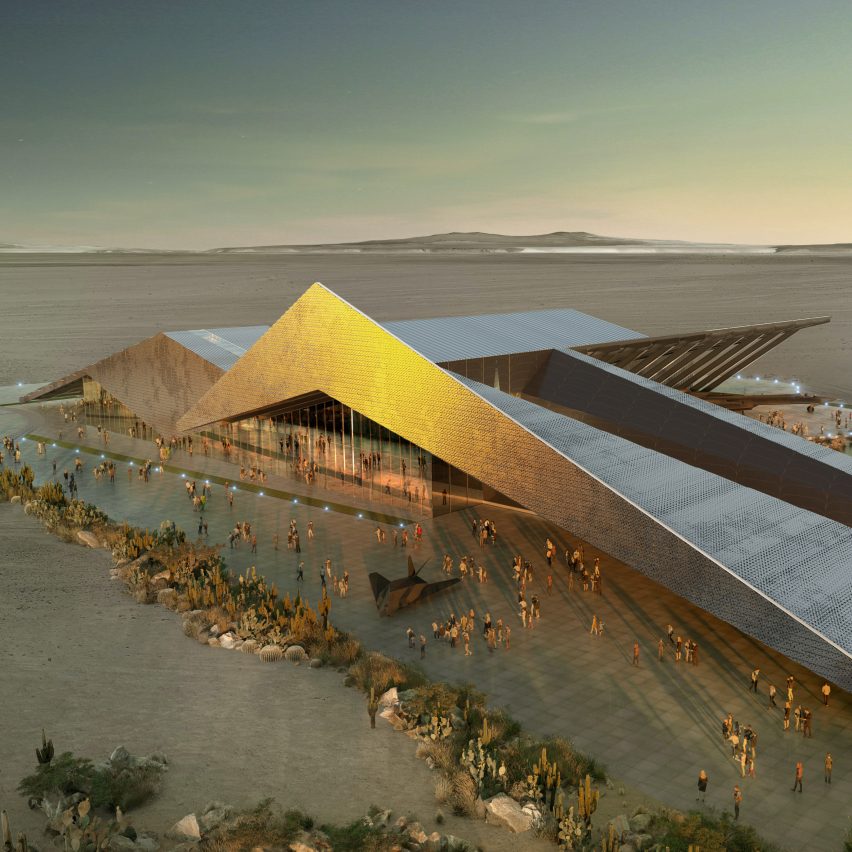 The design combines the dimensions of an airport hangar with the shape of the Nighthawk aircraft, an American stealth plane first built in the 1980s.

“The reimagination of the Flight Test Museum coincides with the rise of commercial space exploration and the 75th anniversary of the breaking of the sound barrier,” said the studio in a release.

The 60,000-square-foot (5,570-square-metre) “hangar” will have a metallic angular roof that slopes down to create a pavilion over the glass entryway.

A primary hangar will be surrounded by a second-storey viewing platform so that visitors can see the displays from above. 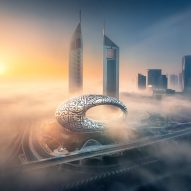 Killa Design’s Museum of the Future opens in Dubai

Plans include a welcome lounge, gallery space, classrooms, library, and gift shop, as well as a bar dedicated to Florence Lowe “Pancho” Barnes, the aviator who founded the first movie stunt pilots’ union.

Sited in the desert where some of the first jet and space flight technologies were tested, the finished museum will hold more than 80 historic aircraft, with room for other larger aircraft in the planned outdoor exhibition spaces.

Initial construction on the project has begun, with completion slated for 2024.

Gensler is one of the world’s largest architecture firms, with almost 50 offices globally. Following the death of its founder Art Gensler last year, Dezeen highlighted eight key projects from the company.

Other architecture projects that take influences from hangars include the MEETT exhibition centre by OMA, as well as Italian office Piuarch’s transformation of an old aircraft hangar into Gucci’s headquarters in Milan.

Renderings are courtesy of Gensler.