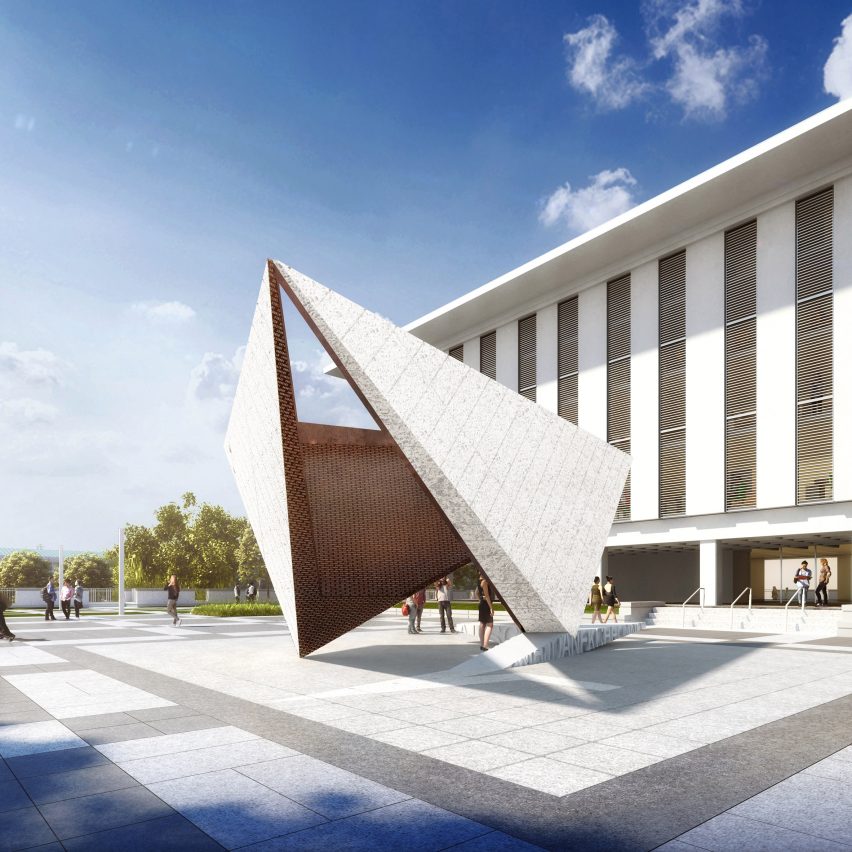 LA studio Brooks + Scarpa has released designs for a memorial to the victims of the Holocaust to be constructed outside of the Florida State Capitol in Tallahassee.

The firm designed the project to address different aspects of the tragedy in the context of Florida. The state has the highest number of living Holocaust survivors in the US, and five museums and memorials dedicated to the victims.

Brooks + Scarpa’s sculpture was recently chosen to be built by the Holocaust Memorial Review Committee, formed by the state government in 2015.

Lawrence Scarpa, who grew up in Florida, says that the design was personal. “Half of my cousins were Bar/Bat mitzvah’d and Jewish culture was always part of my life” he said.  “Additionally, many of my direct relatives were killed in the holocaust.”

“I feel like by winning the competition and being the designer of a memorial with such a historical significance, that in some way, by being able to design the memorial it also memorializes my own family’s grief, suffering, survival, hope and success,” added Scarpa.

Called Passage of the Heart, the memorial will be placed in the Florida State Capitol complex, designed by Edward Durell Stone. The sculpture, composed of triangular stone forms, was designed so that visitors could walk through it.

The objective of the design is “to become a symbol of the celebration of life, but also a journey of transition and hope, where the visitor travels thru the memorial, back in time while contemplating the future,” said Brooks + Scarpa in the description for its submission.

The Florida limestone exterior is meant to symbolise stones placed at the graves of the dead, with the Hebrew word for “stone” carved in the face of the material. At the base will be etchings of the names of all the largest concentration camps.

Inside, a bronze-clad interior will be divided into 22 panels, symbolising the number of countries directly affected by the Holocaust.

On these panels, random numbers akin to those assigned to prisoners at the camps will be cut into the metal surface. The numbers will cover the entirety of the bronze panels to show “the magnitude of the loss of life”.

The panels will be backlit at night so that the numbers shine through even in the dark, as a symbol of “enduring life thru tragedy”. 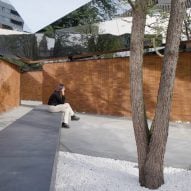 “We want to prompt visitors to think about their moral and ethical responsibilities when they see injustice,” said Brooks + Scarpa.

Interactive aspects are also incorporated into the design. Digital projections will be projected on the stone face for educational purposes and small gaps will be left between the walls of the memorial where visitors can leave mementos.

In 2018 an additional memorial recognising the victims of American slavery was also approved for the Florida State Capitol Complex, although the current status is “unclear” according to a release on the project.

Imagery is courtesy of Brooks + Scarpa.