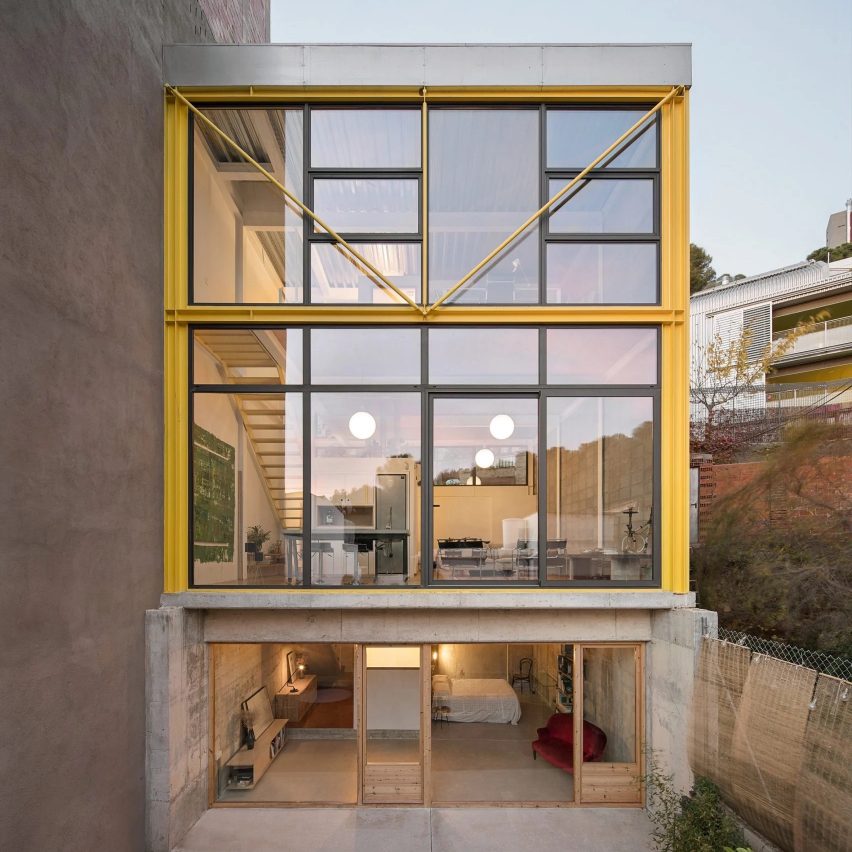 The latest edition of Dezeen Debate, the new name for our Dezeen Weekly newsletter, features a house with a bright yellow facade.

Commenters are wowed by the Spanish house, which was designed by studio MACH in Barcelona and sits on a backstreet close to Gaudi’s Parc Güell.

Yellow steelwork and industrial-style interiors characterise Casa Collumpio, which was informed by the high-tech architecture movement.

One reader called the design “very bold and courageous” in the comments section.

Other stories in this week’s newsletter include an electric motorbike designed to catch animal poachers, the stadium that hosted the Superbowl last Sunday, and a roundup of 10 colourful concrete houses.

Dezeen Debate is a curated newsletter sent every Thursday containing highlights from Dezeen. Read the latest edition of Dezeen Debate.

You can also subscribe to Dezeen Agenda, which is sent every Tuesday and contains a selection of the most important news highlights from the week, as well as Dezeen Daily, our daily bulletin that contains every story published in the preceding 24 hours and Dezeen.

The post A house with a bright yellow facade features in today's Dezeen Debate newsletter appeared first on Dezeen.